Cellular Concrete is a cementitious paste of neat cement or cement and fine sand with a multitude of micro/macroscopic discrete air cells uniformly distributed throughout the mixture to create a lightweight concrete. It is commonly manufactured by two different methods.

Method A, consists of mixing a pre-formed foam [surfactant] or mix-foaming agents mixture into the cement and water slurry. As the concrete hardens, the bubbles disintegrate leaving air voids of similar sizes.

Method B, known as Autoclaved Aerated Concrete [AAC] consists of a mix of lime, sand, cement, water and an expansion agent. The bubble is made by adding expansion agents [aluminum powder or hydrogen peroxide] to the mix during the mixing process. This creates a chemical reaction that generates gas, either as hydrogen or as oxygen to form a gas-bubble structure within the concrete. The material is then formed into molds. Each mold is filled to one-half of its depth with the slurry. The gasification process begins and the mixture expands to fill the mold above the top. Similar to baking a cake. After the initial setting, it is then cured under high-pressured-steam [180° to 210°C / 356°to 410°F] “autoclaved” for a specific amount of time to produce the final micro/macro-structure.

Recently, a direction to concrete compositions prepared by using aqueous gels [aquagels] is being considered as all or part of the aggregate in a concrete mix. Aquagel spheres, particles, or pieces are formed from gelatinized starch and added to a matrix. Starch modified or unmodified such as wheat, corn, rice, potato or a combination of a modified or unmodified starches are examples of aqueous gels. A modified starch is a starch that has been modified by hydrolysis or dextrinizaton. Agar is another material that can create a pore or cell in concrete. During the curing process as an aquagel loses moisture, it shrinks and eventually dries up to form a dried bead or particle that is a fraction of the size of the original aquagel in the cell or pore in the concrete. This results in a cellular, lightweight concrete.

These cells may account for up to 80% of the total volumne. Weight of the concrete mixtures range from 220 kilograms per cubic meter [l4 lbs. cubic foot] to 1922 kilograms per cubic meter [120 lbs. cubic foot] and compressive strengths vary from 0.34 megapascals [50 pounds per square inch] to 20.7 megapascals [3,000 pounds per square inch] 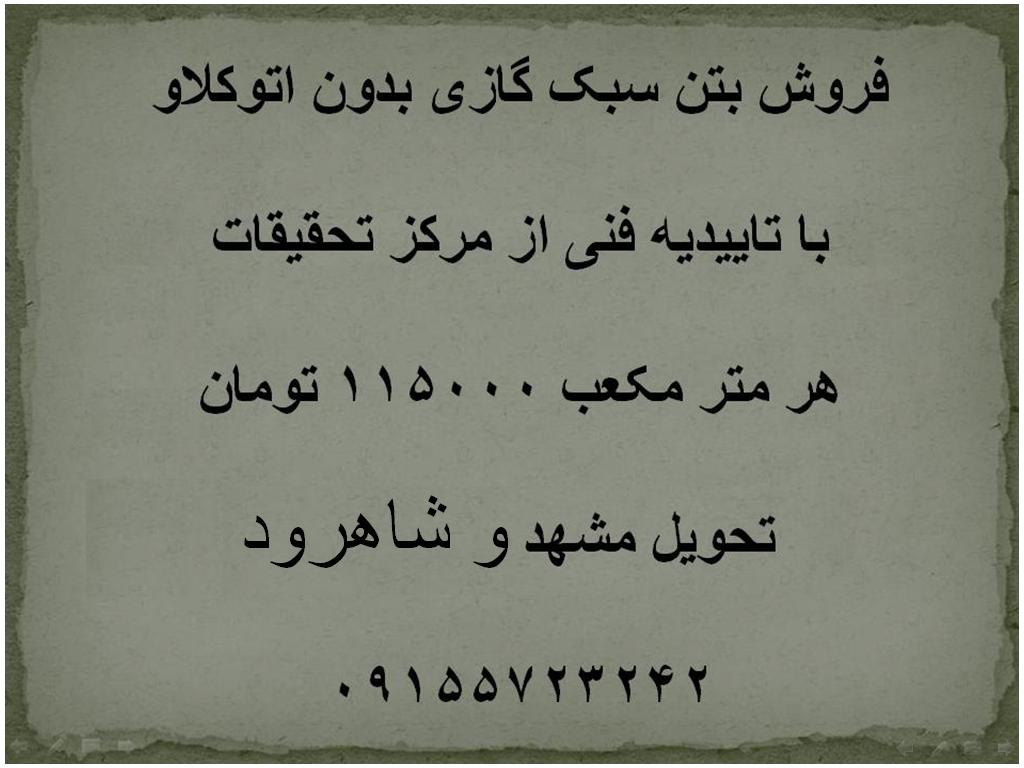